Last week Lawton Burns PhD and Mark Pauly PhD of the Wharton School of Business at the University of Pennsylvania published a landmark economic article entitled, “Detecting BS in Health Care.” Yes, you did not read that wrong—the academic paper used the abbreviation “BS” to describe the bull—- in the healthcare industry. 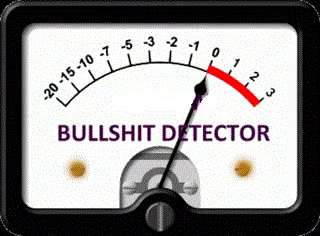 As a practicing physician, I find it to be a fascinating paper, and I recommend you click on the link and read it. The authors begin with a discussion of the art and value of BS detection. They mention that Ernest Hemingway was once asked, “Is there one quality needed to be a good writer, above all others?”

The authors write, “While flat-out dishonesty for short term financial gains is an obvious answer, a more common explanation is the need to say something positive when there is nothing positive to say. . . . The incentives to generate BS are not likely to diminish—if anything, rising spending and stagnant health outcomes strengthen them—so it is all the more important to have an accurate and fast way to detect and deter BS in health care.”

The authors list their Top 10 Forms of BS in Health Care. The first four forms of BS weave a common theme:

The current U.S. healthcare market is dominated by large corporations, led by businessmen who outline a yellow brick road for physicians to lead patients along. There is minimal effective policy-making from physicians. Healthcare stocks consistently grow in value, with little relationship to an improvement in clinical care, value, or cost. The government is involved as well, as in their mandate for Electronic Health Records (EHRs), a technology change that cost a lot of money, while forging a barrier between clinicians and the patients we are trying to interview, examine, and care for.

Where will the current trends take us? Will businessmen and/or the government prescribe health care? Will more and more computers and machines dominate health care?

Self-driving cars, Siri, Alexa, automated checkouts at Safeway, and IBM’s Watson are technologic realities. Will we someday see a self-driving physician with the voice of Siri and the brains of Watson?

The saga of Doctor Vita, by Rick Novak, arrives in 2019 from All Things That Matter Press.