Why does an anesthesiologist write a novel?

Anesthesiology is fascinating. We anesthetize patients for operations of every kind, from cardiac, brain, and abdominal surgeries to trauma and organ transplant surgeries. We anesthetize people of all ages from newborns to one-hundred-year-olds, relieve the pain of childbirth and chronic malignancies, and attend to all types of individuals from millionaires to the homeless. No one knows the breadth of human suffering and recovery better than a physician, and no physician sees a wider range of patients than an anesthesiologist.

The story of The Doctor and Mr. Dylan deals with an anesthesia complication, a crumbling marriage, a son’s quest for elite college admission, and a courtroom drama, all set in Bob Dylan’s hometown of Hibbing, Minnesota.

Anesthesia complications are rare, but can be catastrophic. A general practitioner working in an outpatient clinic may make mistakes, but the resulting errors are small, e.g. failing to check on the result of a lab test or a scan or prescribing ampicillin to a patient who is allergic to penicillin. Mistakes in a clinic can lead to adverse outcomes, but none as drastic or immediate as when an anesthesiologist errs. The failure to safely manage the airway, breathing, or circulation of a patient in the operating room can lead to serious morbidity or death within minutes. Lawsuits against anesthesiologists may result in very large payments to plaintiffs. There’s nothing quite like an anesthesia emergency, and the lethal anesthesia complication in The Doctor and Mr. Dylan drives the plot forward. 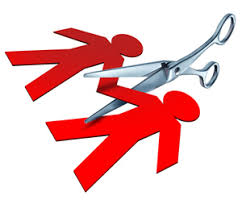 Crumbling marriages and disconnected families are central conflicts in real life as well as in fiction. Nico and Alexandra Antone battle with flaming anger. Writing about toxic relationships is not only fun, it’s realistic. The world is full of warring couples. 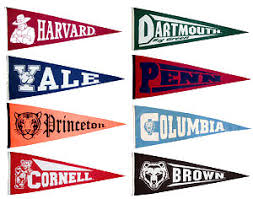 In Chapter 2 of The Doctor and Mr. Dylan Dr. Judith Chang says, “The college admission game is a bitch, Nico.” Any high school student applying to college, and any parent of such a student will agree. What about moving to rural Minnesota to improve your kid’s chances of scoring a top university acceptance? I like it! What a great idea!

An operating room is an intense workplace, but a courtroom can rival the O.R. in drama and adrenaline production. During my experiences on the witness stand as an expert witness, I felt crescendos of stress to rival emotions I felt in surgical emergencies. When an opposing attorney cross-examines you, the confrontation can make your heart pound and the hair on your arms stand erect. Once I’d experienced this, I knew I had to write about it. 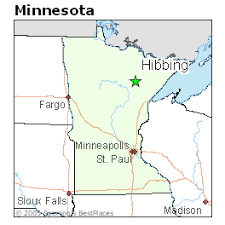 Hibbing, Minnesota is a unique town. Despite its diminutive census of 16,000 people, Hibbing produced singer-songwriter legend Bob Dylan and Hall of Fame basketball player Kevin McHale. The village boasts the world’s largest open pit iron ore mine, perhaps the most artistic high school in America, and stands only a short drive away from both the origin of the mighty Mississippi River and from the largest fresh-water lake in the world, Lake Superior. I visit Hibbing at least once a year, usually in the summer when the daylight lasts until 10 p.m. Summertime humidity is minimal, temperatures are moderate, and Minnesota’s 10,000 lakes are idyllic. If these conditions lasted all twelve months I may never have left Hibbing. Alas, winters are brutal and frigid. Ice fishing, curling, and snowmobiling stand out as distinctive Up North winter entertainment. The residents of Hibbing are wonderful, outgoing, hospitable, and opinionated. The characters and village of Hibbing make up a perfect setting for The Doctor and Mr. Dylan.

I’m an ardent fan of Bob Dylan’s music. Since my youth I’ve been aware that this legendary man who changed the face of popular music was a Hibbing export. I grew up five blocks from Dylan, but never met him. His first cousin was one of my best friends in high school, I knew his aunt, I played golf with his brother David once, and I met his mother. The people of Hibbing have mixed opinions about Dylan. They’re aware that he’s famous, but most can’t appreciate his nasal vocals. Because he never returns to town, Hibbingites have no relationship with Dylan. There are no statues or formal museums to honor him. As described in The Doctor and Mr. Dylan, the rock star’s boyhood home is not a shrine but simply a residence occupied by a current homeowner. Hibbing celebrates Dylan Days during his birthday week in late May each year, and the Hibbing Public Library displays a Bob Dylan Collection of memorabilia year round.

Dylan fans worldwide know the name of his hometown. When I’m asked where I grew up, and I answer “Hibbing, Minnesota,” I’ve heard countless replies of “Hey, that’s where Bob Dylan came from!”

An anesthesia disaster, an imploding marriage, a teenager struggling to better his college application, a courtroom drama, Bob Dylan, and Hibbing. Stir these ingredients together and you come up with The Doctor and Mr. Dylan… suspenseful to the final page.

THE DOCTOR AND MR. DYLAN can be ordered in print or ebook from Amazon.com.